«Kapotas S.A.‘s» business activities revolve around trading and the provision of storage and distribution services related to the food and beverage sector, covering a wide range of products and geographical areas.

In early 2005 the company was founded by Spyros Kapotas, with its main activity being the trading of «DELTA» company’s ice creams for the prefecture of Achaia and the northern part of the Prefecture of Ilia.

A year later, in March 2006, an exclusive cooperation agreement was signed with «PEPSICO-IVI» for the prefecture of Achaia, which is still thriving and in effect.

In 2007 the company’s commercial activity was expanded further via a new contract with the «UNILEVER» group, concerning its «ALGIDA» ice creams, and their trading in the Prefecture of Achaia and the northern part of the Prefecture of Ilia. Our Collaboration with «ALGIDA» was further expanded in 2008, when our company was designated as the storage and distribution center for southwest Greece.

In September 2011 the relocation of our Company to its new, company-owned facilities in Magoula, Rio, Patras took place while at the same time our cooperation with «ALGIDA» grew further, as we undertook the storage and distribution duties of its products within Greece and Cyprus.

The number of new collaborations continued to grow rapidly throughout 2012, both in terms of storage and trading services. Since the beginning of the year, our company undertook the provision of cross docking services for «Stergiou Distributions S.A.», the storage of products as well as the provision of offices for the Belgian animal feed and fish feed company «NUTRIAD S.A.» as well as the lodging of the Patras branch of the Ioannina Agricultural Poultry Cooperative «PINDOS».

Kapotas S.A.‘s high ecological awareness and commitment to green growth has led to the installation of photovoltaic power systems of an annual power production of 267.510 kwh atop the roof of the plant, a project carried out by ATRIMA S.A.

We aspire to continue growing in a healthy and stable manner, remaining always committed to the provision of high quality services to our customers as well as to the continuous improvement of the range and quality of the products and services we provide.

Our people possess a leading role in the development of our company.
Our employees act responsibly and in the spirit of mutual trust. They always behave and operate in light of our principles.
Today our company employs a total of seventy-two people, who are being trained daily, developing their technical mastery and furthering their professional education.
Infused with team spirit and demonstrating immediate availability, they are ready in every moment to face the new challenges of the ever-changing professional arena. 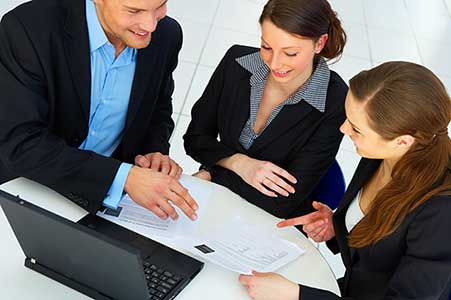 © 2015 All Rights Reserved. Powered by TeamApp